Battle of the Storefronts: WooCommerce vs Shopify

Shopify and WooCommerce and two of the most popular and enduring eCommerce storefronts on the internet, and with good reason: they both provide an excellent suite of business solutions. Learn about how they differ so you can choose the right one for you.

When looking for an eCommerce storefront, two of the first you’re likely to run across Shopify and WooCommerce. They’re not the only platforms out there but they’re certainly some of the most popular, and with good reason. How can you pick? Well, thankfully, they’re very different platforms—knowing about their pros and cons can help you to figure out which one is right for you.

WooCommerce is a plugin for WordPress, which means it comes with all the pros and cons of WordPress attached. WooCommerce and WordPress are both free, but this comes at the price of being a self hosted solution, meaning you’ll have to pay for the domain, an SSL certificate, and find a hosting solution that’s right for you.

WooCommerce is free, but you’ll have to pay for whatever hosting costs it takes to serve your storefront as well as an SSL certificate. This means you need to manually set it up yourself or hire someone to do it for you.

Since WordPress is by far the most popular CMS out there, there’s a lot of great free and paid themes out there from sites like ThemeForest, and a good portion of them support WooCommerce or are specifically designed for it. Paid themes are typically a one time purchase for a single use license, and are highly customizable and far superior to most free themes.

With that popularity also comes a slew of plugins you can use for things like SEO, making WooCommerece a great option for the most granular control without serious development work. With plugins comes a risk- most of the negative view of WordPress security comes from the out of control use of plugins, which could lead to security holes if not vetted and configured properly. If your WordPress based WooCommerce site is compromised, there’s no customer support to reach out to. You’re on your own for security and configuration—and you’ll probably need a developer to make sure everything is done right.

Another consideration you might have for launching a storefront is whether or not it will be part of or alongside a normal website. If you already have a website, there’s a decent chance you are already running WordPress, which means there might be a great reason to just add WooCommerece and launch your store from there.

The last thing worth mentioning is payment providers. With Shopify, if you use anything other than the built in solution you are charged a percentage from Shopify on top of what the provider charges. With WooCommerce, you have many more payment provider options for free. There are even multiple plugin options for the same payment providers, some which are paid and may offer a better solution. The paid options are typically a one time purchase or a yearly fee, none require you to eat into your margins more like Shopify.

Shopify is a fully-hosted SaaS platform with different tiers of subscription plans and a good amount of developer support. Compared to WooCommerce, there are more commonly needed features built into the platform (depending on what tier you subscribe to) without the need of additional plugins. Since this is a fully hosted platform, one does not need to pay for their own hosting, and an SSL certificate is provided.

For basic setup, it is faster and easier to get a simple store up and running on Shopify. No familiarity with coding is needed to set up Shopify, however deeper customization than the available plugins is a bit harder, or more accurately there are less developers out there. It uses Liquid, a Ruby on Rails based templating engine. Ruby development skills, and specifically liquid, are a bit harder to come by simply due to market share—there are way more WordPress sites and PHP in general sees way more use than Ruby.

Typically, when comparing the total cost of setting up and hosting a WooCommerce based site, for the same money you’ll get better performance out of the Shopify site, though this changes once you get to the higher end.

Shopify also has a reasonable amount of SEO tools built in, where with WooCommerce and WordPress you may have to rely on plugins for the same features. Though we mentioned before that there are many great plugins out there for SEO on WordPress and WooCommerce in particular, the built in tools are lacking. Too many plugins can be a bad thing for WordPress after all. You may not have the vast selection of SEO tools that you’d get with WooCommerce, but there are quality plugins out there, so most SEO strategies will be satisfied.

Speaking of plugins, There are also plugins for Shopify, though you’ll typically find they are more expensive, however generally high quality. Additions like Oberlo can totally transform your business in a few simple clicks.

One of the cool features of Shopify that sets it apart from WooCommerce are the POS solutions Shopify has. If you have physical locations that you want to operate with the same storefront with centralized control and inventory, you can use either retail kit and POS app to accept payment in store and have an app based POS system without having to pay someone to integrate your POS system with your online store.

A large drawback comes in the form of payment methods. As mentioned above in the WooCommerce section, if you use any other payment service provider other than the Shopify Payment system, you will be charged between 0.5% and 2% (depending on your payment tier) on top of whatever percentage your payment provider chargers, likely making this a huge problem for storefronts with a tight margin.

Okay, but which one do I choose?

Ask yourself this question: would I rather live in a hotel or inherit a fixer-upper of a house? Shopify is a nice hotel: you pay regularly, and they sort everything out for you. You have less options about the decoration but the options that exist are pleasant, and if you’re willing to spring for it you can get somewhere amazing. WooCommerce is a beat-up old mansion you get for free: there’s a lot of potential but there’s also going to be big costs to get it feeling like home. If you want something refined and simple, go with Shopify. If you want something sprawling and complex, go with WooCommerce.

Either way, it’s good to talk to professionals. CodeClouds does Shopify development, WordPress Development and a variety of ecommerce consulting work. Whether you’re looking at Shopify and want somebody to create custom plugins and themes or whether you want a WooCommerce developer to work magic with WordPress CMS, we’ve got people who can help. 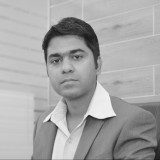 Subscription services are simply everywhere. No longer are subscriptions thought of the way to get your favourite magazine each month or entry to your local gym. The subscription model has fused with eCommerce and subscriptions are now how we consume almost everything, from the way we access music, receive updates about a business, or even receive a new eco-friendly toothbrush with each changing season.

Shopify sections give merchants the potential to create more engaging pages, but only if you know what you’re doing. Learn how to make the most out of Shopify sections.