How to Create Effective Product Videos For Your Marketing Campaign

There’s nothing that can make a marketing campaign pop quite an effective product video. Video’s engagement stats are significantly better than competing formats, and marketers are piling onto the new gold

Especially in eCommerce, video can give your content a personal touch while allowing users a more complete understanding of exactly what they’re buying. Today we’ll be going over some different types of eCommerce video, and how to make them shine.

You know what this looks like. Generally this is the domain of bigger companies with higher production budgets, though changes in technology and viewing habits over the last decade have opened this territory up to smaller businesses. You could fill a library with traditional advertising advice, but let’s run through some basics:

#2 is normally a hard one for marketers to overcome: nobody really believes it if you just sit in a room and talk to the camera about how cool your mountain bike is, but they’ll totally believe an exhilarated woman at the bottom of a tough hill. The message you want these videos to convey is I just did something cool, and you could too. It also helps to assure users that they’re not getting scammed: there’s an epidemic of misleading product photos online, but videos are hard to fake, and a field test lets users know that your product works like they want it to work.

These videos are great for sharing on platforms like Instagram and Facebook: they have a more personal touch that feels at-home in the social media landscape.

A common but effective product video format that started with customers on Youtube, unboxing videos are now a marketing staple. They are exactly what they say on the tin: the products are in the box, and somebody on video takes them out of the box. Unboxing videos are huge; there are unboxing channels on Youtube that full 150–500 million views/month. They’re ubiquitous among Millenials and Gen Z, at least partially because they let a fairly poorly-paid generation get the happy chemical buzz of buying something without spending a cent.

So what do you do as a marketer? Well, you can’t do it exactly like a Youtuber—these videos thrive in-part because they’re organic and they’re not intended as marketing for the products inside. They tend to focus a lot on the reaction and personality of the person doing the unboxing, and that’s going to feel artificial and forced if done as part of an obvious ad campaign: of course the marketer is going to like the products they’re selling. Instead, keep them fairly short and simple: product/box front and center, on a nicely arranged surface, marketer below the frame with their hands visible. Take the products out of the box one-by-one, turn them over so users can get a good view of them, maybe quickly demonstrate them if applicable.

This sort of video is great for cosmetics: you can set up the table so it complements your aesthetic, and you can swatch each item as you unbox them. Viewers will get that happy buyer’s buzz and a product demonstration rolled into one, and when they’re thinking about buying new cosmetics, you’ll be front and center in their mind.

The 360 degree draggable product video is effective and the holy grail for a lot of marketers. Customers love them, they’ve been proven to boost sales, and they just look great. They’re also difficult to produce without specialised equipment—if you’re looking to do this, it’s often better to just hire somebody else to do it. On the off-chance you want to do it yourself, let’s go through what the requirements are.

Strictly speaking, it’s not really a “video” in that it’s not .mp4 or a similar format, but in that it’s a series of still frames strung together to give the feeling of live motion. 360 product videos work by taking a large number of photographs of a specific item from various different angles, then stitching them together so the user can spin the object around.

First, you’re going to need a special turntable that can be programmed to stop at designated internals; if you want 10 shots, it’ll turn it 36 degrees, take a photo, then turn again etc. Often the turntable isn’t so expensive in itself, but it’ll be paired with a specific camera and won’t operate otherwise: camera and turntable need to share software so it knows when to turn and when to shoot.

You’re going to need very tight control over your lighting: you want the entire product lit, but if any particular part of it gets too much light then you’re going to get a blowout. You want diffuse lighting to reduce shadow; hard shadow can create ugly breaks that are exceptionally difficult to smooth over in editing software.

I personally like to take 36 shots: you get good all around-coverage, and while it’s on the high end for number of shots it’s not an odious number to edit. It also feels like a very tidy number, which doesn’t mean anything on the technical side, but it’s very satisfying.

Next you’re going to need the appropriate plugin, which will vary depending on which eCommerce platform you’re using: Shopify, WooCommerce and Ecwid all have a variety of plugins to choose from. The plugin will let you stitch your photos together into a single product video, then put it into your storefront.

If you are looking to hire eCommerce Developers to help you out with your eCommerce site development, creative design, and branding, well … you’re in the right place. Here at CodeClouds, we’re a team of over 200 eCommerce professionals and our entire job is making your dreams come true.

Go on, drop us a line. You know you want to. 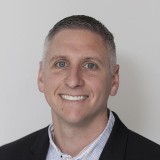 Brian is an avid follower of online industries, with a special focus on retail platforms. He believes that E-Commerce will one day surpass brick and mortar stores in the modern world.

Clean Checkouts vs. Checkouts With Options: Which Is Right for Your Store?

Checkout design and layout is a hot topic in eCommerce, especially when cart abandonment rates sit at 70%. While there are many tips on how you can get your conversion rates up (and some, like being upfront about shipping costs and having fewer fields are universal), the topic can boil down to the question—clean checkout or checkout with add-ons? The answer to this question depends greatly on your use case—especially factors like your Average Order Value (AOV) and mobile optimization.

How To Use Alternative Messaging Tools for eCommerce?

In the age of messaging apps, email marketing is not what it used to be. So it’s time to come up with some new solutions for marketing to your customers. Fortunately, there are plenty of messaging and notification alternatives, such as SMS, Facebook Messenger, live chat, WhatsApp, and push notifications to choose from. There are also many apps, from Zendesk to Tidio, to help you utilize these channels.